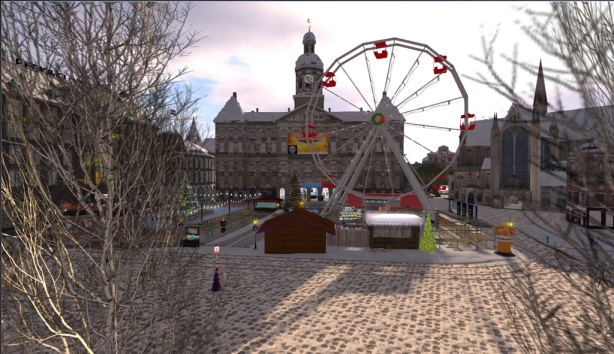 Now Amsterdam.. that is that city I was born.. and we(= my avatars) went into Second Life when we found it existed. And exist it does.. I mean not in a small way, but actually there is a rather big place in Second Life that looks in a certain way as Real Life Amsterdam does. Although without the myriads of tourists plodding around and without, for some reason, the bars and the coffee shops pandering soft drugs. Yeah.. that is Amsterdam for you, yet it is not. There are coffee-shops there but it is not like every inhabitant is intoxicated.
I recall my friends and me had this moment in which we smoked pot and stuff like that. It started one day with someone bringing us a cake made with grass and a year or so later it stopped. Just like that.
Smoking lingered long after that. I mean one of those friends, he smoked until his late thirties, until one of his lungs collapsed and his doctor said: if keep this going…
If you were to say that one drugs lead to another.. it would be hard to proof. For nobody of the eight people involved ever touched any kind of drugs after that one year. It was this wild moment and it was over a year later. In fact.. studying at the university and doing soft drugs is not a good mix. I suspect most of us were to serious for that.

Now the picture above shows the dam. That would be the central square of Amsterdam in a way. I guess most inhabitants my beg to differ. I mean the Leidseplein is more of a center for people who want to go out and have a drink. And the museumplein would be more of a culture place. And yet the munt, not really a square, would be more of a place to watch a movies. The dam however holds the most dominating landmarks that illustrate the dutch mindset: a church, a big shopping mall, monument for world war II, a palace which isn’t actually a palace but rather a symbolic palace and also the gathering place for the ruling elite untill it became a democracy. And not far off: the stock exchange. For the three pillars of the dutch are: commerce, religion and a vague authority.

This is a picture that more or less show the damrak that is a broad street running from the central station(way  to the rear of the picture) towards the dam.(behind us in the picture). The building with the flag on it (the dutch flag: red-white-blue) is the former stock exchange. I am not sure what it is for used for now. You can have coffee in front of it as it has a kind of bar. It also seems to have some kind of stock exchange function, but what it is I do not know.
In the front of the picture are the typical trams.. the one you see is somewhat old, as nowadays they have a yellow basic look and somewhat more modern. 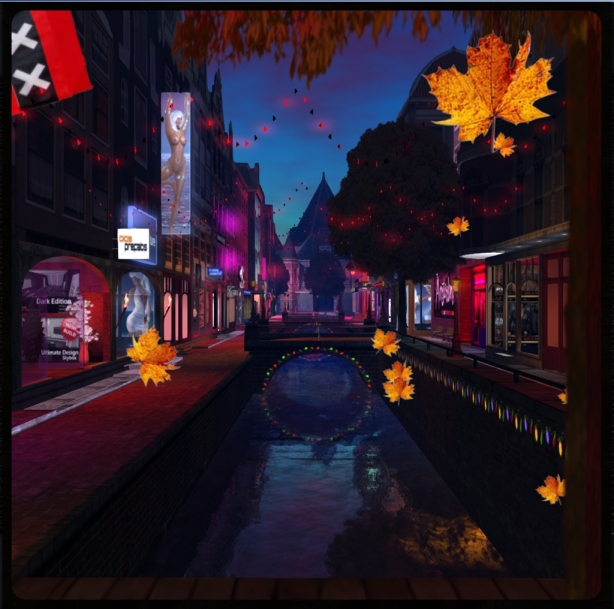 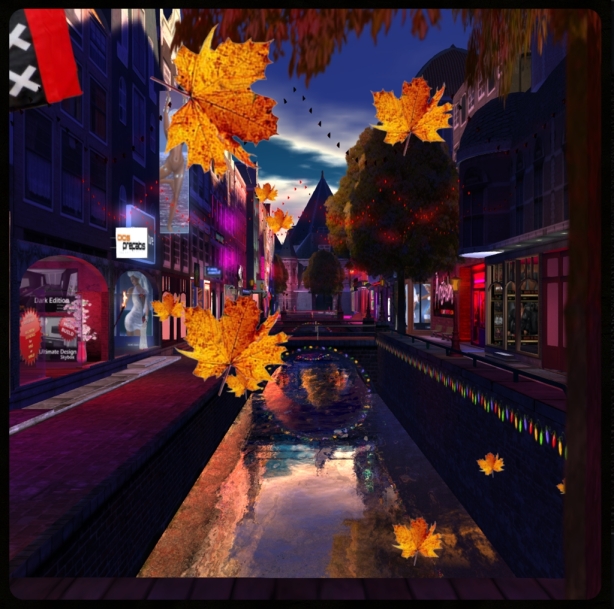 Ok I am sorry but I like the versions of the above place. Those show the typical dutch canals, called grachten. I think it’s a nice example of how a gracht might look like in Amsterdam. However the grachten seldom ended in a way like this in the way you see here. Usually they either continue on into another gracht. A building that is located at the end of a gracht I have seldom seen.

So that is Amsterdam and I finish with one picture less than at my blogger place.

Next up will be Brussels and it gotz the Atomium, lace and sweet and some real neko pictures. 😛