Henry and Kristl spaced out on The Road(2009) 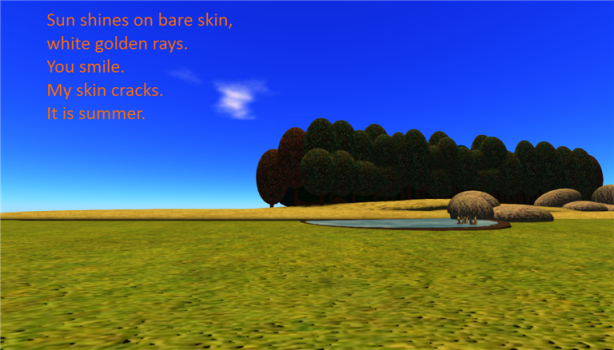 “Bleak, bleaker, bleakest. Is there a word that would top bleakest?”

“Sunshine?” Kristl’s jaw dropped and she gave Henry a look of incredulity.

“Yes. It certainly would top bleakest.”

“I am somehow missing…”

“After the rain comes sunshine. Every dark cloud has silver lining. Come winter, come summer. So despair will inevitably result in..?”

“Sure you are sure.. look at yourself,” Henry beamed

“Well, you are not hesitant to point out that you do not like war, while having spent a lot of time reading about it, watching war movies and writing about it. What would you say would be the lesson from all of that?”

“That war is hell and a waste of time and lives?”

“So what does that say about this movie?”

“That bleak movies suck, can be turned of f and one goes to watch a bunch of nice movies that have uplifting nice endings and then you suddenly feel a lot better about watching films like,” Henry paused for a moment, “like…romantic comedies.”

“Those would top bleakest to,” Kristl shivered and then continued, “They make me feel down. Like this movie does.”

Henry suddenly rose, walked out of the viewing room and returned a few minutes later with a cup of tea which he handed to Kristl, “Have this yourself a nice cup of tea.”

Tea, Henry knew, was something handy to hand out. Even the most dedicated addict would not turn down a cup of tea and it gave you a nice feel to drink something warm.

“Yes, I mean. Geez,  this movie is.. I mean, well the world turns to shit and everyone is dead or dying and the only livestock that is left to eat are other humans. And even when they are not trying to have you for dinner they want to rob you or profit in another way from you.  And this in a landscape drained of color except for sepia and grim gray. The only thing that is positive is the dedication of the father to the son.  But that is even more depressing as it is either naive or totally at odds with what is happening. So what is the point ? At some they finally end up at a place where we hear the father says that at the other side of the ocean a father and a boy, just like them, are probably sitting and wondering if there is a better place to go? If there is no hope, why not take the gun and shoot your son and yourself before you run out of bullets? If you love him, would you not do that to spare him the suffering that lies ahead? I do not even understand why they would drag on when..,” Kristl swallowed hard.

Henry sat down next to Kristl and put his arm around her and for once she did not stiffen the first few seconds, “Gosh, Kristl it is just a movie.”

“A well acted movie. Well shot. I mean.. look at the cinematography, but in the end it is  not much different from say a movie like…. ‘The hobbit, the desolation of Smaug.’ Or one of the Lord of the Rings movie  for that matter,” Henry said.

Kristl smiled thinly at that, “You can not compare…this to.. It is in a whole different category.”

“Or say.. ‘Go west’, by the Marx Brothers,” Henry continued.

“But that is even… I mean that is an absurd movie.. With absurd people in it..totally wacky.. That is what a Marx brothers movie is..”

“Remember the train station scene you showed me once? It is from that movie”

“Totally silly over the top nonsense.”

“Did it make you laugh?”

“Does it make you feel better thinking about it?”

“Some people have that with romantic comedies.”

“And so… wait.. Listen to this little story?”

“A guy is hitting himself on the head with a hammer and in comes another guy who asks him.. why do you do that? Well.. he says, it feels so nice when I stop doing it.”

“So there is your answer.”

“I feel so undepressed because the movie ended. Somewhat cheerfully than expected. But it is done.”

“In one movie one actor concludes a process by throwing a ring into the fires of the mountain after being beset upon by evil beings while wandering through a desolate landscape. In this movie they do the same, more or less, except the ring is now a boy and they do not throw him into the fires.. well not literally.”

“That is some comparison.”

“Yup, except this movie is more bleak because no doubt we are in a depression, so movies like these get made, just like we had this upsurge of disasters movie in the seventies of the last century, with earthquakes, meteors and global nuclear war threatening earth. And now we have that again. As sign of the times. But it’s just as much nonsense as any other movie.. including ‘Go West.”

“That one is at least funny.”

“So let’s watch that as an antidote to the bleakness of movies like The Road.”