Because of my background I am interested in identity, gender and how one presents oneself. In Second Life one can create an identity according to their own wishes, up to a certain extent.

As part of this I made a few images that capture this.

The first one is called: with-a-pearl after a famous painting(and now a movie): the girl with with the pearl earring.(in Dutch: Meisje met de parel). It is part of a series that explores identity and was meant to be shown at the 12th edition of Second Lives birthday. I think it won’t be. 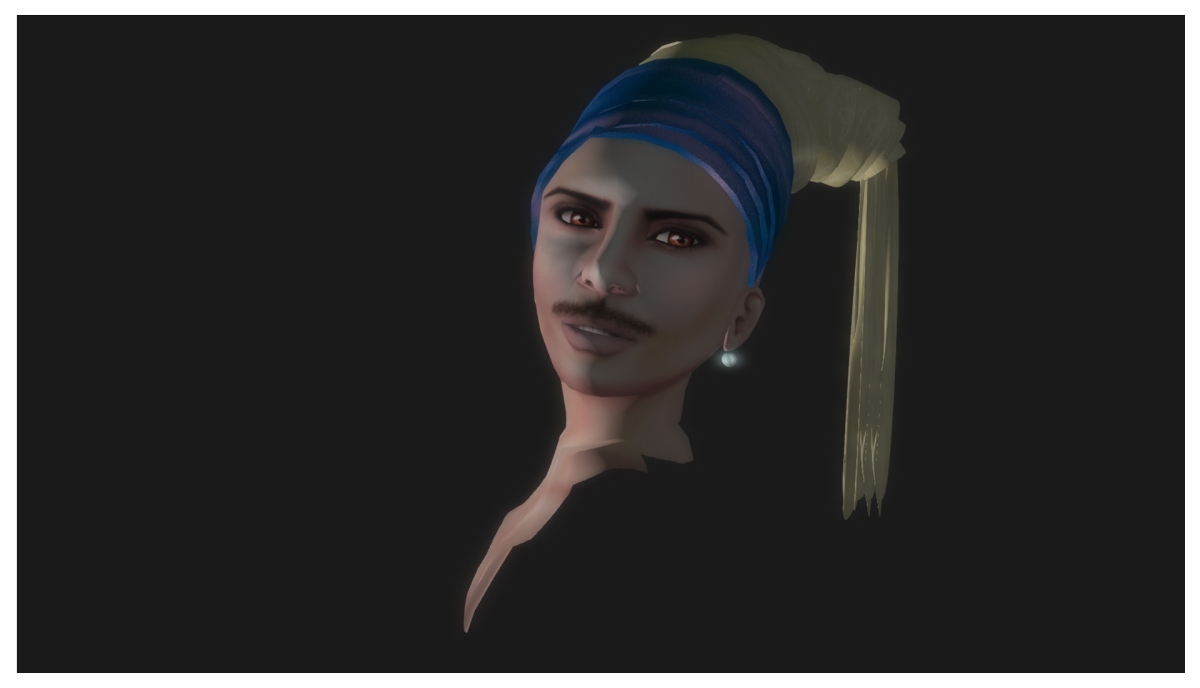